The goal of this project was to create a Brain computer interface or BCI headset that would approximate the scientific (10-20system) electrode locations [1] with more accuracy and repeatability then other BCI designs achieve and is optimized for 3D printing.

Since the deadline was only a short three weeks from start of the design to final experiments using this design the choice was made not to incorporate the aesthetics or usability  in the design specifications or drivers.

Data from the Cadans head shape model showed us that the coordinates of the 10-20 system transpose with the variety of human heads from the first percentile to the 99th percentile along a more or less linear path (location error of about 3mm) given that the heads are aligned by their center.

By fixating the electrodes on sliding rods, that are aligned exactly on these linear paths, the locations will always remain on their correct locations, no matter the size of head. To keep the electrodes firm on the skin elastic bands are used. The large plates on top of all the rods are there to make it possible to measure the location of the electrode from outside the BCI frame.

Though test results were largely positive, the major disadvantage in this first design where the elastic bands that are flimsy. For a future design air pressure or springs should be considered. But for a first version these where unfeasible.

Information from the Cadans project was necessary to determine how the electrode locations vary on the head of the western population and to conclude that the points do displace along a more or less linear path.

To test this a 10-20 system was implemented on the Cadans head model and re-created for a series of head sizes from percentile 1 to 99. By plotting these together a correct analyses could be made.

Also the entire design is made on this model in order to get the correct path angles for each of the 14 electrodes. (each has its own angles and is made to spec)

From the start of the project the production method was defined, the in house Objet 3D printer. Apart from the obvious advantages of 3D printing this imposed some extra design constraints and also narrated the design to be simple and efficient to print.

All parts of this design can be printed flat on the build tray with minimal support material, all parts assemble with alignment pins and screw together with regular bolts.

In order to verify the prototype met its design specifications an experiment was set up consisting of 13 test subjects (6male and 7female), all first-year master students of Product development. The experiment was part of their assignment for a course on ergonomics and tests were carried out by their colleagues.

This prototype of the BCI got compared to a MedCat electrode cap and an Epoc BCI. Both BCI's and the caps 14 electrode locations where measured by a 3D measuring arm and are thereby digitized. The tests got repeated and were performed with the test persons moving in between measurements to check for stability and repeatability. All results became processed by custom PHP scripts and R statistics.

In the end statistical analyses concluded a clear improvement in the correctness of the locations (2.5mm), both in repeated test with varying operators (2.1mm) as after movements (0.5mm).

Further details and results will be published on this page when available. 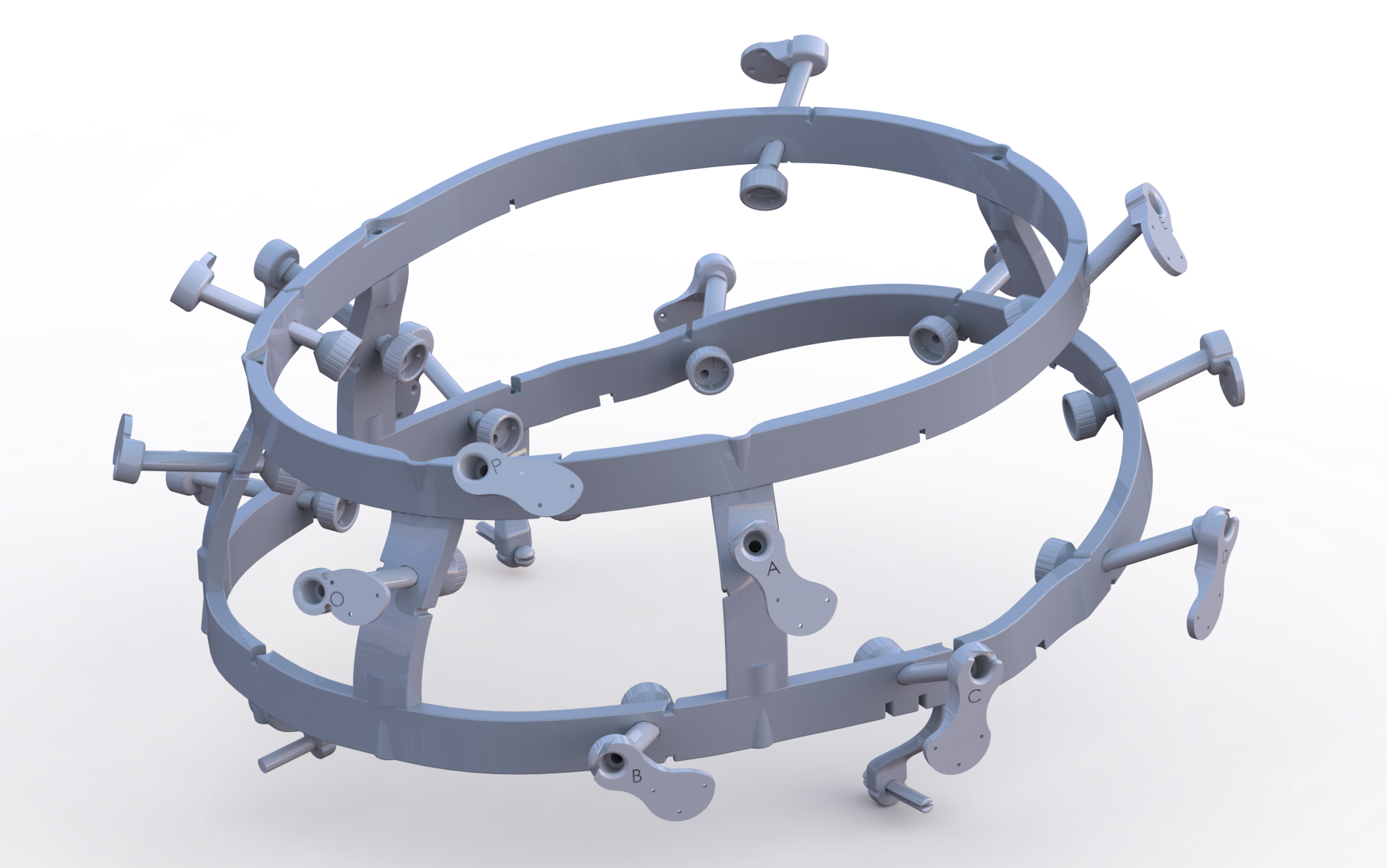 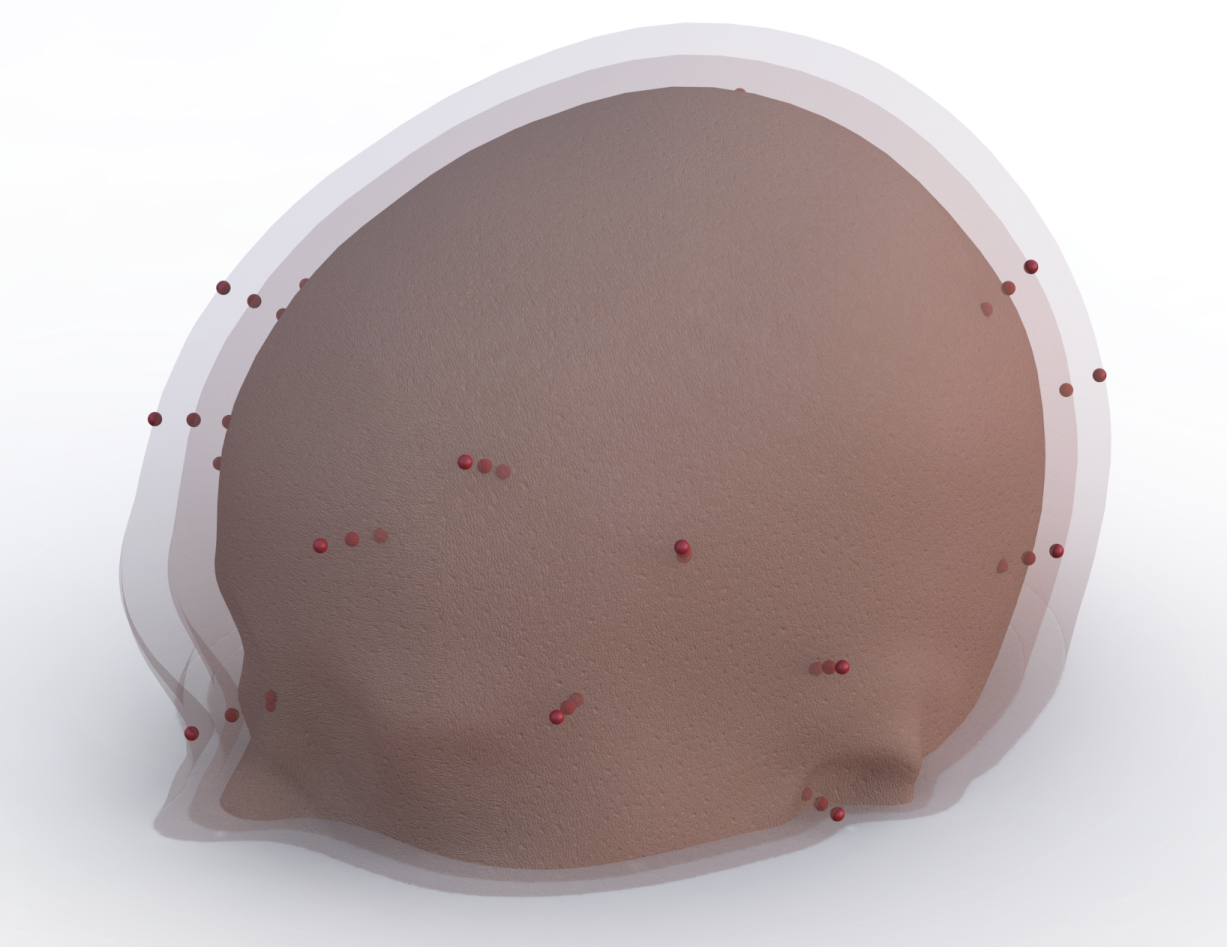